The Myobrace®K0 focuses on establishing a functional airway and initial tongue strengthening in mouth breathing children, especially during sleep. It's unique feature is a large collapsible breathing hole which initially opens the oral airway while transitioning to nasal breathing. The active tongue tag strengthens the tongue, further improving breathing function. Since almost all children with malocclusion are mouth breathers, most patients in the mixed dentition will require this appliance. Move to the K1 when the K0 is staying in overnight and breathing function tests have improved.

The design features of the K0 are ideally suited for patients who are chronic mouth breathers, especially during sleep.

The Myobrace® appliance is to be used for one to two hours each day, plus overnight while sleeping. The patient's teeth may become slightly sensitive in the early stages of treatment. This is quite normal, however, if pain becomes excessive, decrease application time with the aim to build it back up once the appliance is accustomed to and sensitivity subsides.

The Myobrace® appliance should be cleaned under warm running water every time the patient removes it from their mouth. 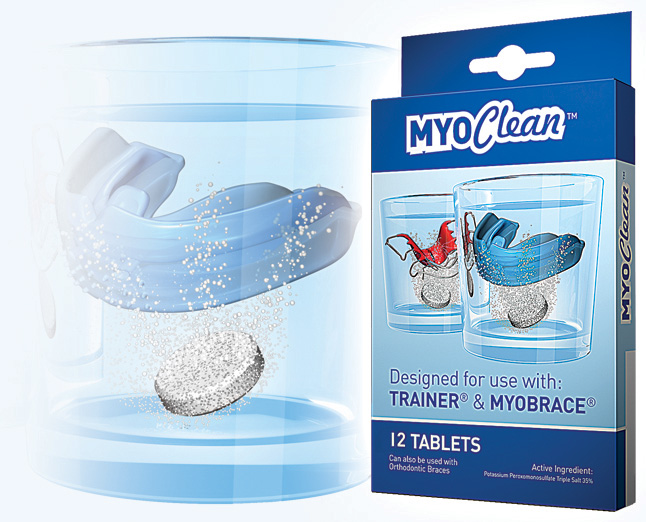 Downloadable pdf document with instructions specifically for the K0.